Home > News > How to Calling from mobile without SIM & Network
News

How to Calling from mobile without SIM & Network

Every other person is troubled by the problem of mobile network. If the Net never gets the signal when the signal is not received, sometimes the network is not available for calling at the time required. Soon there is a service to diagnose this problem. This service will be known as Internet Telephony. With this technique, you will be able to call without any network from any place like home or office.

The government has allowed such a proposal. Telecom operators will have to obtain Internet telephony licenses. Companies that have this license will be able to offer this facility to the customers. There will be no need for any kind of SIM for this feature. It will be activated via the app.

The Inter-Ministerial Telecom Commission has approved this proposal. Other operators, including Reliance Jio, Airtel, will be able to get it started. According to TRAI’s advisor Arvind Kumar, “Since the arrival of this service, customers will be benefited a lot. The biggest advantage of this service will be those people who have difficulty connectivity in their area. From multistory building to metro cities, there are many such areas where there is a network problem. Here telecom signals are weak but the Wi-Fi service is good.

Internet telephony can be used through the app. This app will be given by the operator. It may also be that every operator has its own separate app. With this, a 10 digit mobile number will be released which will be like the mobile number now. To understand easily, if you are using the Airtel SIM, but later you get the live internet telephony app, then users will get a separate number. This number and the app will be used through broadband.

You will not have to change the number in that situation if you use the same operator’s app as the company you are using. TRAI has been given an emphasis on this service as it will get rid of the problem of call drop and get rid of bad network and voice calling will be affordable too.

WhatsApp's new feature, Now you can chat without opening the app 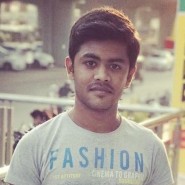 WhatsApp’s new feature, Now you can chat without opening the app

How to get the new Gmail